How You Can Use Crowdfunding to Grow Your Business

Over the last 15 years I’ve started and grown several successful internet businesses, a few of which has scaled into the millions of subscribers, revenues, or users. I’ve also failed and experienced the bitter-sweet taste of learning big lessons founding companies with my own money, and I consider myself much wiser for it. I’m currently the Founder & CEO of crowdfunder.com, the leading equity crowdfunding platform that works with influencers and celebrities and transforms their social influence into financial capital. While Kickstarter allows people to pre-purchase and donate to projects, Crowdfunder allows people to become actual shareholders and owners in great startups and businesses. I also currently serve as an advisor to several internet startups and entrepreneurs in Southern California and invest in a few great entrepreneurs/deals a year when I see I can add real value and love you founders/team.

I’m an entrepreneur, investor and advisor, who connects ideas, people and resources to make good things happen faster.  Beginning in Silicon Valley in the mid 1990s, I founded or was a first round angel investor in over 30 startups, which collectively have generated over $1 Billion in revenue and $450 Million in liquidity to their stakeholders. I’ve mentored hundreds of the top innovators, social entrepreneurs and impact investors from around the world, individually and as an Advisor or Director to dozens of incubators, fellowship programs and innovation communities, including Unreasonable Institute, Spirit of Innovation Awards and StartingBloc. Over my life I’ve won a World Series of Poker Bracelet, the Congressional Families Award, several awards for video production, and earned degrees in Symbolic Systems and Computer Science from Stanford University. 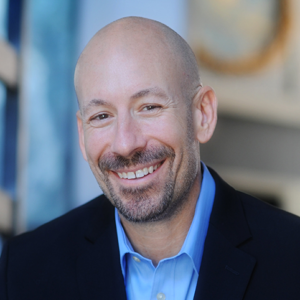 Strategies for Increasing Lead Flow, Getting Customers and Taking Action

David Bach reveals how to free yourself financially. If you’d like to join world-renowned Entrepreneurs at the next Genius Network Event or want to learn more about Genius Network, go to www.GeniusNetwork.com. Here’s a glance at what you’ll learn from David in this... People underestimate the importance of marketing. One of the biggest problems people have with growing is they hear the word “Marketing” and treat it like a line item along with everything else in the business.Marketing is the oxygen that makes your Business work. If...